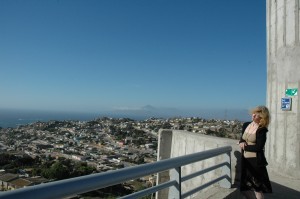 As the trailing expatriate partner in our relocation to Chile, I had left behind a fulfilling career and community activities, which were the foundation for both my personal and professional identity. In the beginning, it was a difficult transition from being an influential director to being without a sense of direction.

There were many initial challenges to overcome during my first year. Language was perhaps the greatest hurdle. The Spanish spoken in Chile is unlike any in the rest of the Spanish-speaking world.

The second was learning to relax. I never realized just how tightly wound my life in New York had made me until I landed in a country where value is placed on living and enjoying life rather than living to work.

As I had entered Chile on a tourist visa, formal work was not an option, and wouldn’t become so until I later applied and received my temporary residency. So, I volunteered my services in translation, editing and marketing, rediscovered my love for photography, pondered my life and self-therapied myself through the emotional traumas of a destructive previous marriage, traveled extensively, cooked and entertained to my heart’s content, and most importantly, learned to sleep.

Life was without structure and impending deadlines. Although there were times when I felt detached and panicky about not having a definite schedule and professional responsibilities to fulfill, I eventually learned to accept my sabbatical. I came to realize that while I could no longer work effectively in advertising, as language and cultural nuances can be elusive to the non-native, I would eventually find a new calling.

The challenge was to remove all of the old definitions of who I used to be, and be willing to embrace what I could be in my new land. Shedding one’s old labels can be very difficult, and many expats struggle with transformation. For some, there is a reluctance to learn the language, adapt to a new environment, meet people from outside of their expat enclave, or to refrain from strong-arming their own culture and beliefs onto others. They miss the point of being an expat, which is to sample and savor the adventure of a new life.

I’ve always believed that everything in life has a time and place. So, when finally ready to move from incubation state to that of a fully functioning adult, a new path came my way. Seemingly out of the blue, the right challenge presented itself, leading me to become a masters student in molecular oncology.

Without having to fully shed my old career, and carrying forward the passionate mission of the fight for a cure in cancer, my new life has finally lead to a place under the Chilean sun.