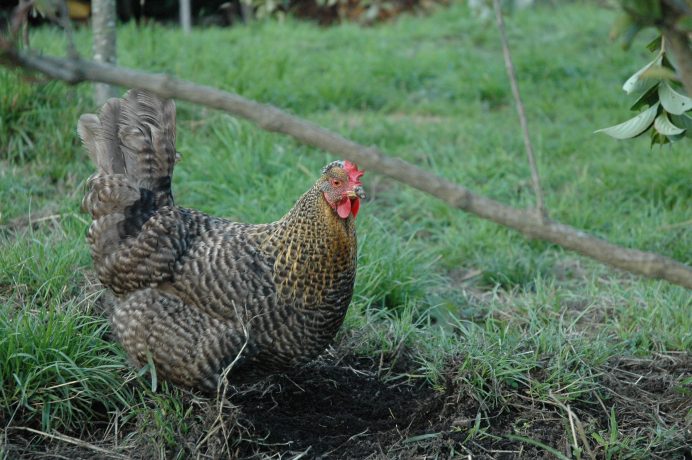 If Benjamin Franklin were alive today, his Poor Richard would be wagging his finger at me. I was a late bird. I had missed a tasty worm to do some freelance writing that would have been a fun gig, but grant deadlines got in the way. Contrary to the mythical portrayal of expat life in movies like Under the Tuscan Sun, or Eat, Pray, Love, where the leading characters are somehow able to live abroad without lifting a visible finger of work, my fingers are constantly busy. Life can be complicated as an expat in ways that Hollywood would never make money portraying. Real expats know that to sustain our chosen paths, we must work at least occasionally to live…and eat! Or, at least in the case of Chile, drink a tasty glass of red!

Waste not, want not! So, in the true spirit of nothing ever going to waste in Chile, my dear readers, here is my brief rendition of a brief about my heart-chosen country….

Chile is a Majestic Destination for Tourists and Expats

Since Ferdinand Magellan first cast his eyes upon the southern tip of mainland South America in 1520, Chile has long held captive the fascination of explorers seeking bountiful wealth and emigrants seeking a new life. Although conquered and colonized for Spanish possession by Pedro de Valdivia with the founding of Santiago in 1541, Chile was first settled through pre-Columbian migration as early as 3000 BC. In the last 400 years, Chile has embraced many waves of immigrations, first primarily from European countries, such as Spain, England, Germany, Italy and France, and more recently from the economically or geologically devastated countries of Haiti, Columbia and Venezuela.

Today, Chile is a democratic nation comprised of almost 18 million people, 89% of which live in urban settings. Santiago, located in the central valley of Maipo, and cuddled by the Andes Mountain Range in the west, is the nation’s capital and primary commerce center. More than 1/3 of Chileans reside within the city limits. The major port city of Valparaiso is the second largest city, with almost one million residents; Concepción follows third, with over 800,000 residents.

Spanish is recognized as the official language. However, English is fast becoming an unofficially recognized second language, with the continued emphasis on teaching English, beginning at the primary school level. Most hotels, restaurants and businesses that cater to tourist and international trade clients offer their services in both languages.

With more than 4000 kilometers of coastline on the west, an equally long range of Andes Mountains on the east, expansive deserts in the north, and Antarctic glaciers to rest its feet in the south, Chile is among the world’s most ecologically and geologically diverse countries. These majestic terrains have made Chile a popular destination for those who seek outdoor adventures, with camping, hiking, skiing, climbing, white water rafting, kayaking, surfing, or simply basking on the beach, being among the many sports enjoyed.

To conserve the natural beauty of the country, Chile had created 36 national parks that extend over 9 million hectares. The recent donation of land in the Patagonia region by Kristine Tompkins, following the death of her late husband Douglas, founder of North Face and Esprit, will expand the conservation by five additional new parks. Chile now features the world’s longest hiking trail, which stretches 1,700 miles, and connects 17 national parks.

When not traversing the many trails of Chile’s flora and fauna, many seek enjoyment in pursuing Chile’s other major tourist attraction, the wine trail. Since the 16th century, vineyards have been part of the landscape. Today, there are over 70 wineries in production, many of which participate in the wine tour circuit. While visitors may participate in commercially managed tours, many vineyards feature restaurants, stores and tasting centers that do not require special reservation.

In addition to wines, Chile is also known for its pisco liquor, which is produced from a grape bearing the same name. Currently there are almost 10,000 hectares planted. Of the 2,700 producers, about 80% are located in the regions of Coquimbo, with the region of Atacama featuring about 11% of production. The Valley of Elqui is reknown for the quality of its Mistral pisco, which is particularly popular nationally. Tours are available at the distillery Tuesday through Sunday.

The cuisine of Chile is as diverse as its geologic regions and ethnicity. Each wave of immigration, as well as indigenous traditions, has added to the expansive textures and flavors of the Chilean palate and diet. Each region features its own blend of creativity, derived from both available ingredients and ethnic influences. The northern part of Chile is influenced by Peruvian and Bolivian traditions, while the southern part is more Bavarian in style. The coastline features a bounty of seafood, while the central and river regions are producers of beef. As a major exporter of fruits and vegetables, Chile has much to offer in freshly grown ingredients.

In spite of the diversity, there are dishes that reign in the hearts of many Chileans, and will often be featured for Independence Day (18th September) and other holidays. The humita, so named for its shape like a bowtie, is creamy rendition of pureed corn, onion, garlic, basil and oil or lard, wrapped up in corn husks and tied in the middle. Another corn-featured dish is the pastel de choclo, or corn pie, which consists beef, onions, raisins, olives and roasted chicken, often oven cooked in a clay bowl that is topped with a creamy layer of pureed corn and a little sugar to brown the top. Both the humita and pastel de choclo are seasonal treats that reflect the harvesting of corn.

Also found regularly in restaurants and bakeries are empanadas, which are pastries filled with meat, seafood, or simply cheese. The pino (meat) empanada is probably the most popular, and features beef with onion, raisins, olives and a hard boiled egg. The cazuelas, a soupy stew of beef or chicken with carrots, onion, squash, pieces of corn, and broth, are also very popular year-round. For dessert, mote con huesillo, which consists of cooked wheat berries, dried peaches soaked over night, sugar, water and cinnamon, and is served in a glass with a spoon, is a favorite treat.

Those wishing to visit and explore the many wonders of Chile will need a valid passport upon entering. Tourist visas may be issued for up to 90 days, and may “reciprocity fee,” depending upon the country of one’s national citizenship. For more information regarding visas and fee requirements, visit http://chile.gob.cl/chile/blog/todos/tourist-visa. Those looking to emigrate to Chile may visit http://www.extranjeria.gob.cl/ingles/.