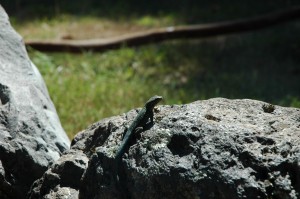 Even though the sun was shining in what was supposed to be the middle of a torrentially rainy winter season, I woke up feeling blue. Not just blue, but expat blue. It was an “oh-my-God-what-have-I-done” kind of blue, when questions of sanity in moving to a new shore push any sense of real sanity out of the window.

I’m not sure what made the dread set in, for I was going through my normal morning routines before heading to the office. It was just a pervasive panic that had me questioning every life step that had been taken to find myself standing upon non-birthplace soil. Perhaps it’s the birthdate coming up, in conjuction with a three-year anniversary of living in Chile, but I couldn’t shake the feeling.

The feeling of wanting to buy a ticket, leave everything behind, and flee stayed with me, even as I walked to the university. It wasn’t until logging on to the NY Times to read about all that was going on in the U.S. that the feeling dissipated. The more articles that I read about changes taking place, the more relieved I felt about being away. By the end of the afternoon, I was feeling indeed glad to be an expat embracing new adventures than dealing with the day to day struggles that many of my family and friends have been dealing with back home.

Being an expat can have one feeling like being on an emotional roller-coaster. Adapting to a new way of life, a new language, a new set of cultural norms, building a new network of friends and social functions, and occasional bouts of feeling isolated and alone has its challenges. However, they are all part of living an expat experience. Indeed, feeling occasionally blue is commonly shared among many expats, and is part of the adaption process.

For myself, as the day draws to a close, I am glad to have had the blues this morning, to have had the day to contemplate all the changes that I have been through in life, and to ultimately finish with being happy in my present life. While I started the day feeling sympathetic to Kermit singing, “it’s not easy being green,” I’d like to finish the day by paraphrasing the last refrain,

“When expat is all there is to be

Wonder, I am expat and it’ll do fine, it’s beautiful