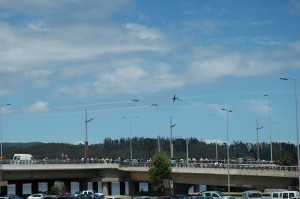 This past weekend, while out shooting photos of the O’Higgins building, which is collapsing more since the minute long tremor Concepcion experienced two weeks ago, I was startled to see four planes flying by in formation. Although I missed the splendid photo of both the planes and building together, I was able to capture some incredible photos of pilots strutting their stuff.

With dramatic skies and the Bio Bio River as a backdrop, this spectacular show caused most traffic on the highways and bridges to come to a standstill as people lined the ramps and roads to watch the aerial feats.

Since photos can say more than words, and onomonopoeias are hardly captivating text, please enjoy the show. If you haven’t already discovered, just click on the photos to enlarge. 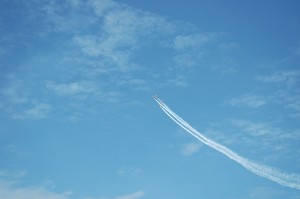 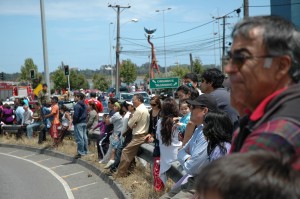 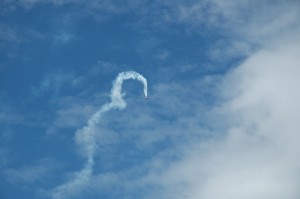 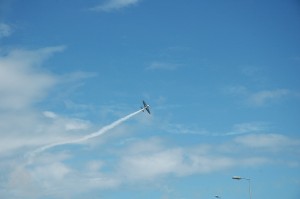 Underbelly almost perpendicular to the Earth 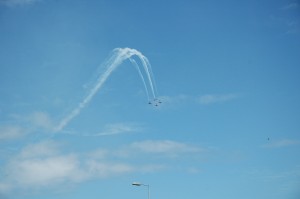 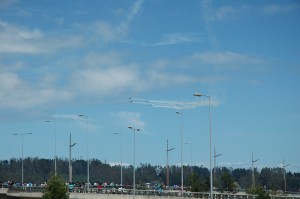 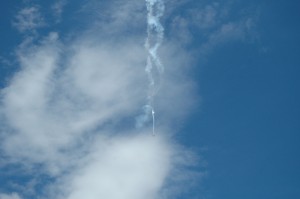 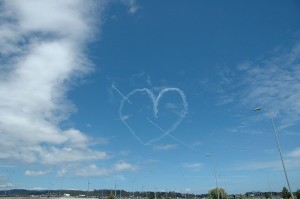 To Concepcion, with love 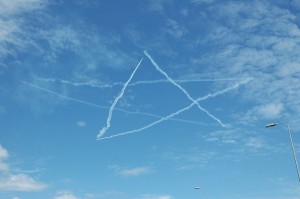 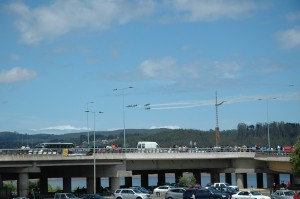 Another tight formation that...

A dramatic break in formation 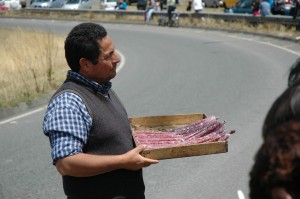