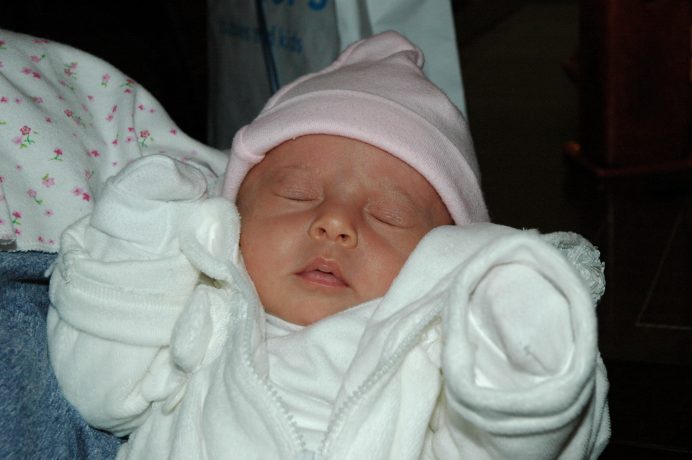 A while back, the BBC posted on article, “Growing Up Young,” on their website (bbc.com) about how the present generation of teenage (and pre-teen, I would imagine) girls are feeling the pressure generated by the media and society to fit a certain image that requires hiding behind a ton of makeup, to wear certain brands and styles of clothes, to participate to the “right” degree in the “right” kind of social media, and to also excel intellectually in school. Out of five girls that are featured in the article, only one expressed her refusal to wear makeup, because as she put it, she “didn’t want people to look at me and think that I don’t think I’m pretty.” The featured photos showed the transformation of fresh, young and enchanting faces into disturbing caricatures of what modern society is deeming to define as the epitome of beauty. Even two girls professing feminist sentiments were victims to fashion and cosmetic slavery.

This article really struck a chord with me, as the same was true for my generation. I often use to joke that I even wore makeup just to take garbage out. My dear hair stylist back in the U.S. once confided to me that he never saw the naked face of his mother until after she had passed, and was being prepared for the funeral. Apparently, she would never even venture from her bedroom without being fully transformed. Breakfast was served fully dressed and presentable according to the dictates of her generation.

It wasn’t until my loving Chilean man entered my life that I would even consider venturing forth into society sans my public mask to hide behind. The first time that he asked that I not wear makeup before going to a family gathering in the U.S., I thought that he was joking. However, he was very serious, and it with great hesitation, I agreed to give it a try. However, even though I was in the midst of family, I felt very vulnerable, very exposed and very naked without the colorful, chemical layers hiding my true features. It was so hard to grasp that someone could love and appreciate my features just as God had intended.

When one lives in a society that places unrealistic expectations on women, it becomes difficult to step aside, to say no, to be the exception that rebels against the system. Mine was not the generation that “let it all hang out.” Indeed, it is interesting that it didn’t take many of that ’60s generation long to embrace ’70s glam and ’80s excesses. Looking and living “naturally” had lived out its welcome. Ironically, even today’s boho aficionados sport well made-up faces.

So, imagine my surprise upon relocating to Chile to find that many of the female population eschewed cosmetics, and had no issues with being out in public without having their fresh faces freshly made up. Suddenly, my cosmetic laden face seemed quite clown-like. I was reminded of Molly Ringwald’s character in The Breakfast Club asking Ally Sheely’s character about why she “wore all that black sh*t around her eyes.” I began to understand how my husband could love my real face. He grew up in a society that appreciated the natural beauty of women.

This is not to say that women in Chile don’t wear makeup, because they do. All of the major cosmetic lines do well in sales here. It’s just that women here don’t feel like they have to wear makeup to be accepted. That was a real eye opener to how beauty is defined, and although it took years to personally embrace, it became a liberating enlightenment. My eye has adjusted to seeing natural faces and not faces that were made up to look natural… isn’t there such an irony to the “natural” makeup look?!

While I still wear makeup, my routine has become more simplified and now focuses more on moisturizer and healthy eating, than it does on covering up perceived flaws. The first to go was the foundation, and what a load off of my face it felt! I used to think that it made my face seem “finished,” but now can recognize how artificial it makes our skin color look. There just aren’t enough shades of base to come close to looking like ones own skin. The next to change was to lighten my hand with the application of color, and to skip the lipstick. Those were really brave changes, because I was becoming frightening close to looking like myself. The mask that I have been hiding behind is slowly being peeled away.

The best time is when we are camping. That’s when I totally liberate my face to the world, although I have to admit that it’s much easier to face the faces of nature, than the potentially discriminating faces of the human public. Those moments are still very fleeting, like when heading home after camp or walking the dogs in the morning when there is nary a biped on the street. My dogs, like my husband, love me for me, and the concierge, well, they’re so sleepy-eyed from the night shift that it’s just enough to take a squint at me and buzz open the doors. So, I have as yet to show my brave clean face to the world, but I am getting closer with just a few less brush strokes away,

While my generation of women struggle to accept themselves for whom we are, I hope that we strive to set a better example for younger women and girls. Let us not make the same mistake of imposing false expectations of what constitutes being a woman, as previous generations have done. Furthermore, let us not fall prey to marketing hype, photoshopped magazines and the lure of unrealistic perfection. Perhaps it is time to take yet a further step into equality, and allow our faces to displayed as freely as men. Perhaps it is time to show our own brave, natural faces.

Note: The photo of the sweet, beautiful sleeping face is the first of the four living generations of Chilean women that was born into our family this past year.