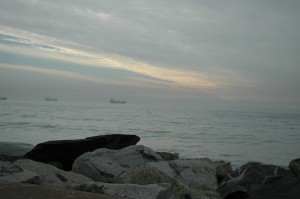 A friend of a friend was sexually assaulted last weekend, and I have been pondering when male violence against women will end. When will women finally be safe to be out in public, or even within their own homes?

In the case of the friend, she is a young woman who was out on a Saturday night, in the company of friends and family. As is typical of most Chilean women, she didn’t have much to drink. Over the course of an entire evening, she had enjoyed only two rum and coke drinks. While relaxing, two drinks would hardly induce drunkenness beyond reason. However, someone wanted this young woman to be incapacitated, and slipped something into her drink.

Feeling extremely tired, she fell asleep in an apartment of a family member that is shared with others. At some point, she became vaguely aware that an assault was taking place, but because of the drug, she was incapable of fighting back.

It wasn’t until some time afterward that she was able to collect herself together, and eventually be taken to the local rape clinic for examination. For a woman, such an examination can be almost as humiliating and violating as the actual crime. The worst is that her every act leading to the time of the assault is also examined and questioned. There is still an assumption that something may have been done to entice the attack. Regardless of the country, women are still held culpable for the abuse. The victim becomes victimized twice.

Casual sex is not a common practice in Chile. Intimate relationships are reserved for a spouse or closely involved partner, and not for someone who is barely known. It’s a matter of respecting the person that one chooses to spend ones life with. When a woman declines an advance, her decision is generally respected.

The perpetrator, however, has forever taken away her right to feel safe and secure, and more importantly, her inalienable right to decide who touches her body, let alone enters it. She will forever regret the decision to have had any drink that night. It doesn’t matter whether it was alcohol or a soft drink; either would be a vehicle to convey a malicious drug. This premeditated violence has forever blemished the life of this young woman. For a few moments of satisfaction, the perpetrator has destroyed the joy of life.

The only comfort that will, hopefully, be embraced is the knowledge that while he had damaged her body, he couldn’t touch her soul.