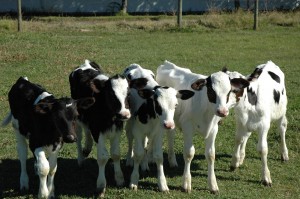 Sometimes the best-laid plans are the ones never made. Such was the case with one sunny Saturday afternoon. Uncertain of how to spend the day, we had started off at the office, checking emails, checking the progress of experiments, checking up on what was going on in the world. When a colleague asked if we’d be interested in going to a BBQ at the university’s Chillan campus, it just took a quick stop at home to throw a salad together, grab some wine and our constant companion Teddy, and drive in tandem with friends. 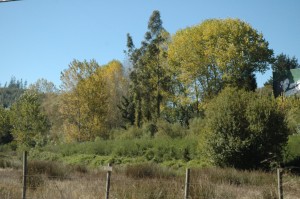 Fall was just beginning to set in, and the tree leaves were changing to a golden yellow. The sky was intensely blue, with not a single cloud to mar it’s perfection. The warmth of the sun complemented the warmth of being in the company of friends whom have become our extended family. 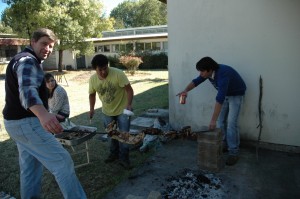 The grilling had already been underway when our entourage arrived, and the simplicity of its arrangement had me wondering why I had once felt the need, in my pre-Chile life, to own multiple grills, each with their own highly specific use. The grill in use consisted of two stacks of concrete pavers with a cast iron spit balanced on top. All were positioned on a concrete pad near one of the veterinary school buildings, with a charcoal fire underneath. Raising and lowering of the temperature meant adding or removing pavers. A striped tree branch was used to poke the fire. It couldn’t have been much simpler.

“Much simpler” has indeed become a familiar phrase in describing life in Chile. While the Victorians may have dictated a specific fork, spoon and knife for each type of food and dish, this was an afternoon when fingers served just as well as forks, and the few circulating knives were commonly shared.

As is typical of most Chilean grills, we started off with choripan, which is a stubby chorizo sausage snuggled into a crusty pan de Francés (a mini French bread). A fresh salsa made with chopped tomatoes, cilantro, and onion was spooned on top, and also served as a nice accompaniment to the boiled potatoes, which are commonly offered at Chilean grills. In addition to the meats, salsa, and potatoes, there were bowls of rice, sliced tomatoes with onion, creamed cucumbers, and a selection of beers, sodas and wine to satisfy our appetites and quench our weekend thirsts.

Once properly sated, we were free to wander around, inspecting the livestock used for student training and investigations, and to watch the vet students as they monitored the progress of animals recuperating from various surgeries. In residence at the “vet hospital” were a calf that had to have one leg amputated, a goat that had a mastectomy, another that had a leg injury, a sheep that looked just like Dolly, and a variety of dogs. 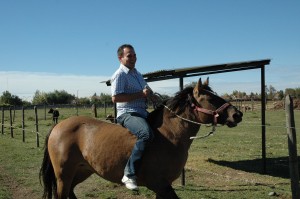 In looking back at all of the photos taken that day, I was amazed by all the smiles and happy faces. No one had succumbed to the modern day habit of checking iphones, facebooks, googles or messages, while pretending to socialize. Instead conversations, laughter, exploration of the various pens, interacting with one another and the farm animals, and old-fashioned fun had ruled the day. So, when we drove home as the afternoon began to fade, contentment and peace settled into our thoughts, bones and souls.

Volcanoes seen in the distance 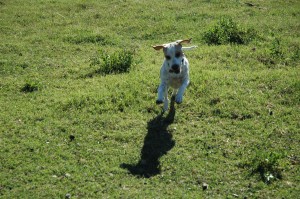 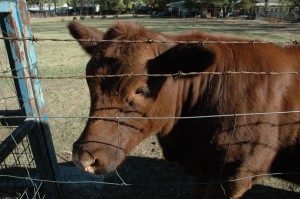 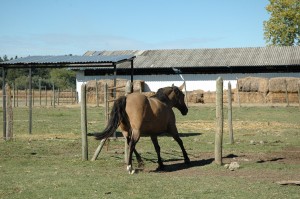 Someone had enough with the riding